Trying to figure out syntax? To begin, take a look at this sentence:

Now, fill in the blanks in the sentence above with the following words: American, tourist, and frightened.

You’ve inevitably come up with the following combination: the frightened American tourist…but why? American or tourist could be either a noun or an adjective. And why does it just sound right that frightened comes first in this sequence? This is syntax—the laws and patterns that govern a language.

It starts as simply as subject–verb (the girl decided), and as more elements are added to a sentence, its structure becomes more complex, and patterns in language begin to emerge. 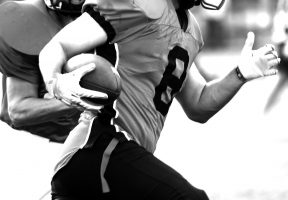 Who’s Right? Explaining Whose vs. Who’s

Everyone makes the occasional typo or grammatical slip-up. That’s why we have editors—and Facebook friends who insist on correcting our use of whose vs. who’s…