If you’re asking yourself, “What is a noun?,” you’re wrestling with one of the fundamentals of grammar. A noun is arguably the most essential part of speech because it allows us to refer to specific people, objects, or ideas by name. Everything in the world is represented by at least one noun, and by referring to this noun, we can make sure we all know which person, place, or thing we’re talking about. For this reason, nouns are often called naming words.

In this post, we’ll walk through the definition of a noun, the different types of nouns, and how to tell the difference between trickier noun forms that often confuse people, such as possessive nouns and nouns vs. pronouns.

So what are nouns? A noun is a word that identifies a person, animal, place, object, feeling, or idea. Nouns can be plural or singular, proper or common, abstract or concrete, compound, collective, or verbal. Understanding how nouns function in a sentence is the first step to effective writing.

Think you can now confidently answer the question, “What is a noun?” Not so fast—this is where it gets complicated. Rather than a reference to a type or general idea of something, a proper noun is the individual name of that person, place, or thing. Proper nouns are capitalized.

In this example, “girl” is a common noun because it refers to a type of person, and “Sally” is a proper noun because it’s a personal name indicating which specific girl we’re talking about.

In this example, “national park” is a common noun because it refers to a type of place, and “Yellowstone” and “United States” are both proper nouns because they’re the names of specific places. Common nouns are usually lowercased because they refer to things generally rather than specifically. There are many types of common nouns; we’ll talk about those types next.

If you’re talking about something that’s an idea that can’t be physically experienced with your five senses, you’re using an abstract noun. This includes things like emotions, qualities, concepts, and ideals. Here are some examples of abstract nouns:

If you’re referring to something that’s tangible, visible, or otherwise able to be experienced by your physical senses, you’re using a concrete noun. This includes things like people, animals, places, objects, sounds, and smells.

Compound nouns are nouns or noun phrases formed by combining two or more words to create a new noun that’s more specific than an individual noun would be but not so specific that it becomes a proper noun. For example, the noun “bedroom” denotes which type of room in a house we’re talking about, but it’s lowercased because it’s still a type of room and not the individual name of a room. Here are other examples of compound nouns:

Here’s an example of a collective noun that can be used singularly or plurally depending on how the group is acting:

Here are some examples of gerunds versus verbal nouns:

Plural nouns are similar to collective nouns in that they also refer to more than one individual or object, but where these two types of nouns differ is how they’re used: a collective noun is often used singularly, but a plural noun is always used plurally.

In this example, because we can count how many cookies Joe ate, “cookies” is a countable noun.

In this example, because “butter” isn’t made up of individual parts (so it doesn’t make sense to say how many “butters” Jane used to make the cookies), “butter” is a noncountable noun. Noncountable nouns are sometimes referred to as mass nouns. When a noun indicates ownership over something, it’s called a possessive noun. A possessive of a singular noun is formed by adding ’s.

A possessive of a plural noun is formed by adding an apostrophe.

A common confusion regarding possessive nouns is whether a possessive singular noun ending in s should end with s’ or s’s. A singular noun is always made possessive by adding ’s, even if the noun already ends in s (or ch or z) or is a proper name:

S’ denotes possession only with plural nouns, so when determining whether s’ or s’s is correct, ask yourself whether the noun is singular or plural, and follow the guidelines above. So we’ve covered the question, “What are nouns?,” but what about nouns’ counterparts, also known as pronouns?

A pronoun is a word used in place of a noun so that the noun doesn’t have to be repeated more than once in a sentence. Just like nouns, pronouns can be singular, plural, and possessive.

In this example, “its” is a possessive pronoun used in place of “the dog.”

In this example, both “she” and “her” are pronouns used in place of the proper noun “Josephine.”

Here are some other common nouns vs. pronouns:

With these tips for identifying all the various types of nouns and their proper usages, you have all you need to know to understand and use nouns effectively. Next time you hear someone ask, “What is a noun?,” you’ll know exactly what to say!

Like this post? Check out this article on verbs and adverbs, and this one on compound words. 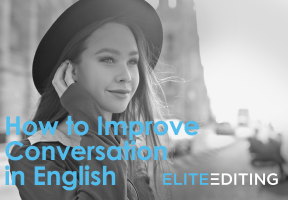 How to Improve Conversation in English

If you’re learning English, you’ve probably discovered that you can learn every bit of English grammar and still be confused trying to talk to native… English Grammar 101: Despite or In Spite Of?

Confused about the difference (if there is any) between these two terms—despite or in spite of—that are often used interchangeably? Check out our quick tip… English Grammar 101: Quite and Quiet

You may ask, "Why are we doing a post on two common, not-confused-very-often words? Everyone knows what quiet and quite mean!" Well, the answer is…